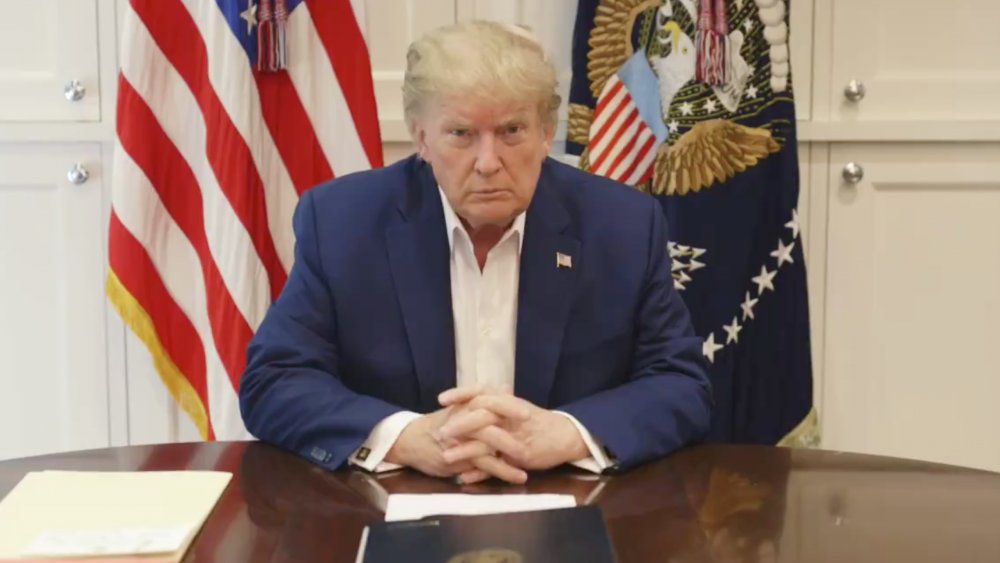 On Saturday, Oct. 3, 2020, President Donald Trump issued a video taken at Walter Reed Medical Center. Presumably, the four minute update on the president’s health and ongoing treatment for COVID-19 was meant to reassure the public about his health — but it appears to have had the opposite effect.

In the video, Trump’s voice sounded raspy, and he looked slightly disheveled, wearing a jacket and unbuttoned shirt with no tie. He raved about his treatment, saying, « The therapeutics, which I’m taking right now … they look like they’re miracles coming down from God. » The president also stated that he was « starting to feel good » and that he’d be back soon. Not everyone was convinced.

« His breathing is clearly labored. He seems to be leaning on table for support. And there’s so much fear in his eyes, » New York Magazine columnist Gabriel Sherman tweeted upon watching the video for « a second time. » Another detractor alleged that the video appears to be edited at the 1:04 mark. Twitter influencer Chris Evans alleged: « Trump coughed here after the word « therapeutics » and it was edited out using the morph cut feature in @AdobePremiereCC. »

The moment in question does seem odd, but the idea that a cough was edited out is still just another conspiracy theory that’s cropped up since Trump’s COVID-19 diagnosis was reported. There have, however, been other inconsistencies in the reporting of this fast-moving story.

Has there been mixed messages about Donald Trump’s health? 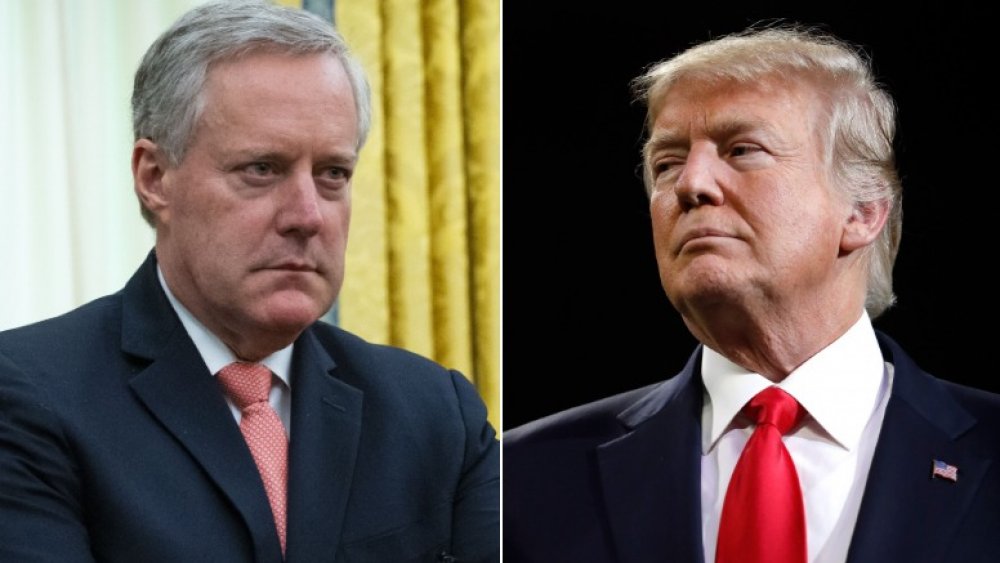 The video from Walter Reed Medical Center was made amid some conflicting stories surrounding Donald Trump’s health. In one instance that occurred just hours after the release of the video, White House physician Dr. Sean P. Conley caught flack for painting an overly optimistic picture of the situation, while inadvertently misconstruing the timeline of the president’s diagnosis. Later that evening, an unnamed administration official gave the Associated Press a scoop regarding some remarks made by White House Chief of Staff Mark Meadows (above left).

Meadows spilled details that Trump’s COVID-19 condition in the 24 hours before Conley’s press conference was « very concerning. » He also warned, « We’re still not on a clear path yet to a full recovery, » which seemingly conflicted with Dr. Conley’s positive reports. This apparently didn’t sit well with Trump, who, « according to a Republican close to the White House not authorized to publicly discuss private conversations, » told the news agency, « He was angry at Meadows’ public assessment of his health and, to prove his vitality, Trump ordered up the video and authorized longtime confidant Rudy Giuliani to release a statement on his behalf that he was feeling well. »