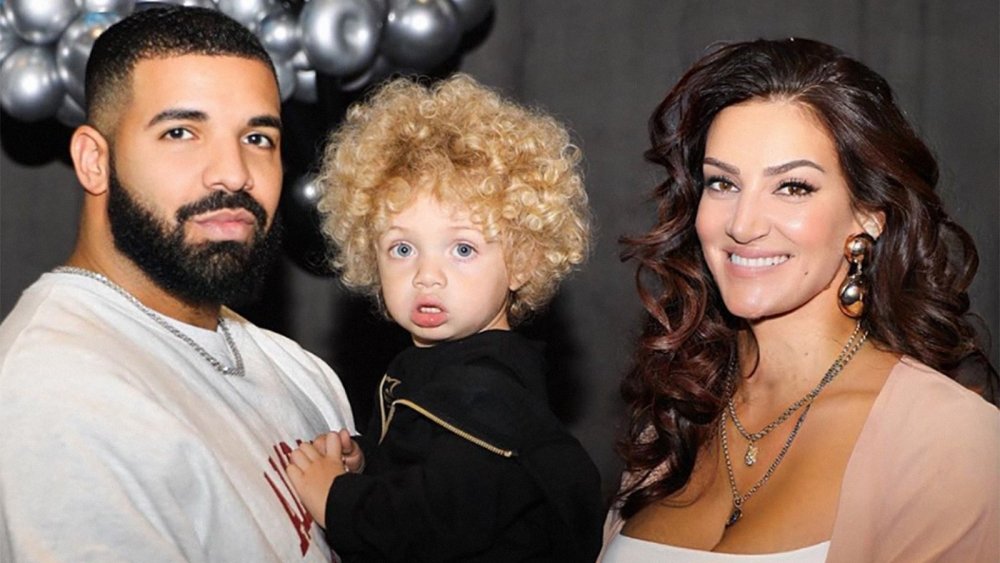 As popular as Drake is, his personal life is generally kept under wraps. That includes who he lays down with at night. That’s why when we found how he had a secret lovechild, we had to find out all we could about the baby’s mother, Sophie Brussaux.

The pair have had an up-and-down relationship and a lot of it played out in the public eye. From their first date to the birth of their son, Adonis, we’ve seen quite a bit, but there is much more to Brussaux than just a pretty face — and she’s WAY more accomplished than most people are even aware of.

Drake has mentioned Sophie and his son in numerous songs to date. On « March 14th » off the album Scorpion he says, « I only met you one time, introduced you to Saint Nick / I think he must’ve / brought you like twenty gifts / Your mother say you growing so fast / That they don’t even really fit / But man, you know, I still had to get it for my boy though. » But the most obvious mention of Brussaux has to be in « When To Say When, » off of his Dark Lane Demo Tapes when he says, « Baby mama fluke, but I love her for who she is. »

So, who exactly is this girl Champagne Papi called a « fluke »? Let’s dive in and find out the untold truth of Drake’s baby mama. 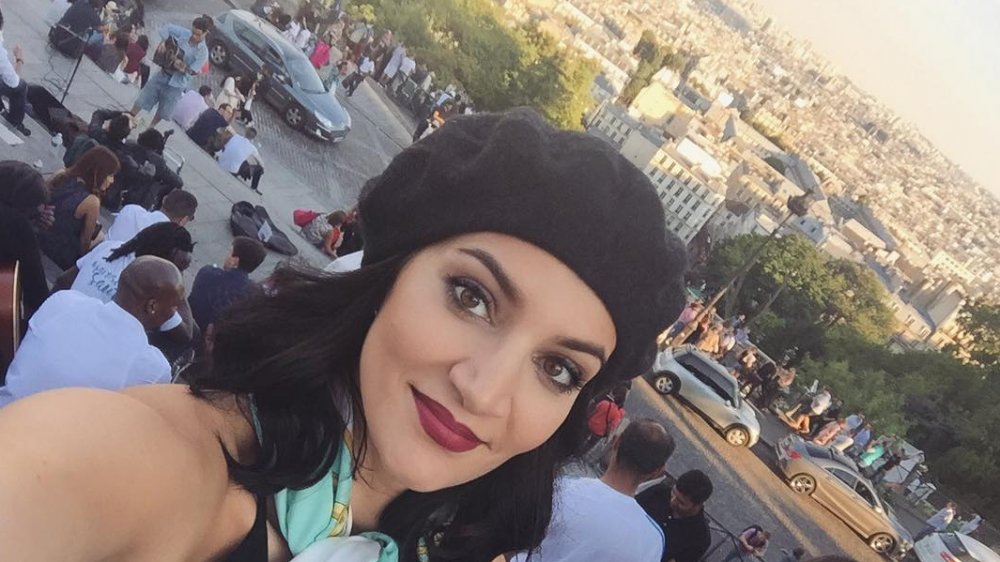 Sophie Brussaux was born in Paris, France on August 1, 1989. She is extremely well-traveled, according to her website, which also states that she is « an award-winning visual artist, who aims to use her art to make a positive impact on the world. » She attended the Bordeaux International School and has degrees in International Affairs and Wealth Management, per OK! Magazine.

Art seems to have always been a road she wanted to go down, telling Forbes, « Ever since I was a little kid I was an artist. My mom made me try all types of art — dancing, playing music and a whole lot of things until I found what I truly love a few years ago, »

Even though her dreams of success in the art world seem to have always been prevalent, the French bombshell chose to go down a couple of different routes early on in her career. 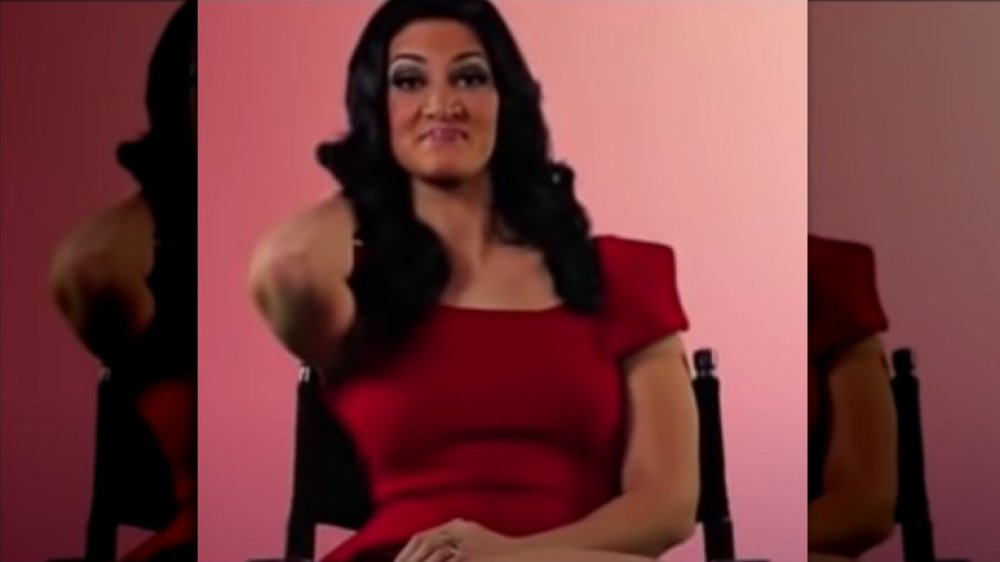 Sophie Brussaux, going by Rosee Divine at the time, was cast in a reality show called Real Mistresses of Atlanta (screenshot above). The show featured four ladies and one guy who were supposedly having affairs with celebrities. The show’s stars, or « mistresses, » included Maliah Michel who dated musician Sean Kingston (and had once dated Drake himself); Sarah Oliver, who’s seen in the trailer getting body injections; aspiring rapper Mary Jane; Branden, the only male « mistress » looking to out some A-listers, and Brussaux aka Rosee Divine, who was dealing with an unnamed (and presumably married because…mistresses) NBA player, who may or may not have bought her a condo. What a luxurious life the side-chicks lead.

Unfortunately — or fortunately depending on who you ask — there weren’t any networks interested and all that remains is a trailer. It’s definitely worth a look if you’re interested in seeing what bad reality TV looks like — well, worse than what actually gets picked up, that is. 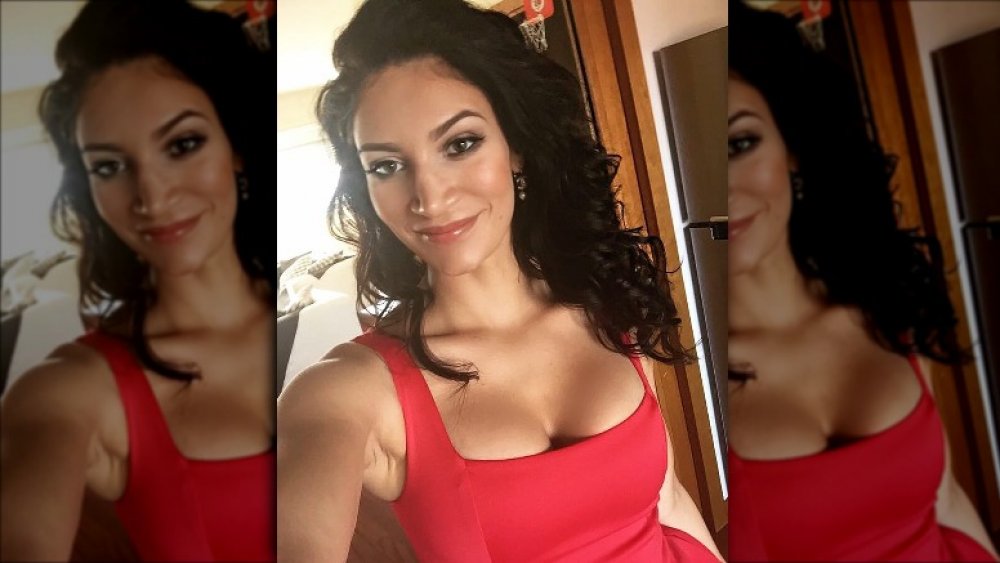 Although her stint in reality TV didn’t really take off, it was OK because Sophie Brussaux always credited herself as a model and video girl, getting features in publications such as WorldStarHipHop and videos such as Gucci Mane’s « Me » and Busta Rhymes’ « Thank You. » When asked by ShyGirl Magazine what makes her « stand out from other models, she stated, « I have natural assets, small waist, big hips, butt and thighs. I am an artist and I’m European… among other things. »

Despite this being the case, once her identity was revealed — and seeing her with no clothes became a possibility — the internet did what it does, resulting in PornHub’s claim to TMZ that « ‘Sophie Brussaux’ had 513,760 searches and ‘Rosee Divine’ was searched 256,374 times. » A similar spike occurred after actual adult film star Stormy Daniels’ infamous 60 Minutes interview where she talked about her alleged affair with Donald Trump. 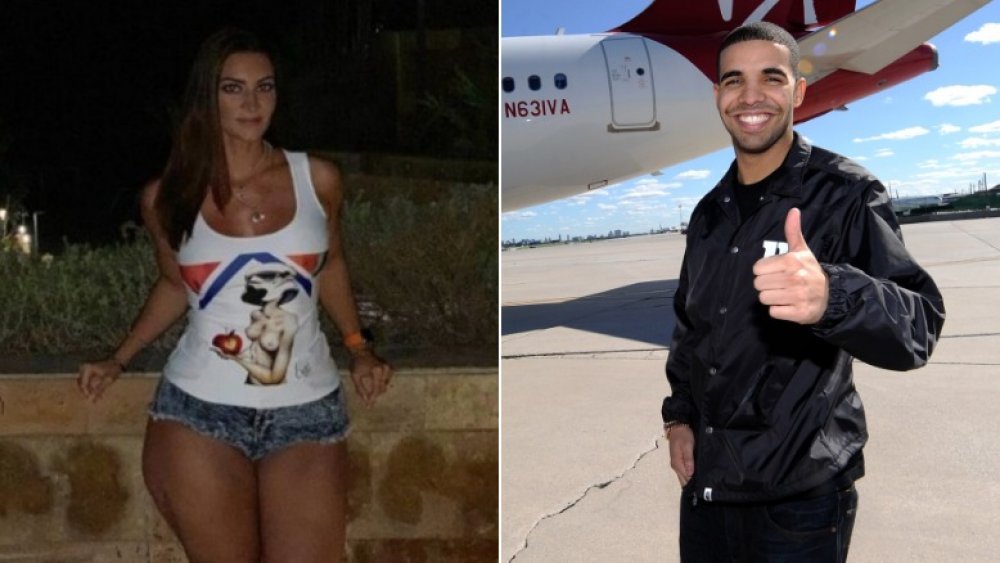 Sophie Brussaux reportedly met Drake in Amsterdam in January 2017. TMZ speculates the date of Adonis’ conception was either the 20th or 21st of that month and they were spotted enjoying dinner at a Japanese restaurant on the 24th. Later that year, Brussaux claimed to be carrying a little 6 God in her belly, but Drake and his team refuted the claims stating, « This woman has a very questionable background. She has admitted to having multiple relationships… She’s one of many women claiming he got them pregnant. If it is in fact Drake’s child, which he does not believe, he would do the right thing by the child. »

Despite Drake’s reps initial attempts to save face, the rapper later went public with confirmation of his paternity. In the song « March 14th, » released in June 2018, he addresses his time with the French beauty, saying, « Sandi used to tell me all it takes is one time / And all it took was one time / Sh*t, we only met two times, two times / And both times were nothing like the new times. » Another notable line from the song is « She not my lover like Billie Jean but the kid is mine. »

Clearly, Drizzy came to grips with reality, but it wasn’t the smoothest road for Brussaux.

Sophie Brussaux and Drake figured out how to co-parent 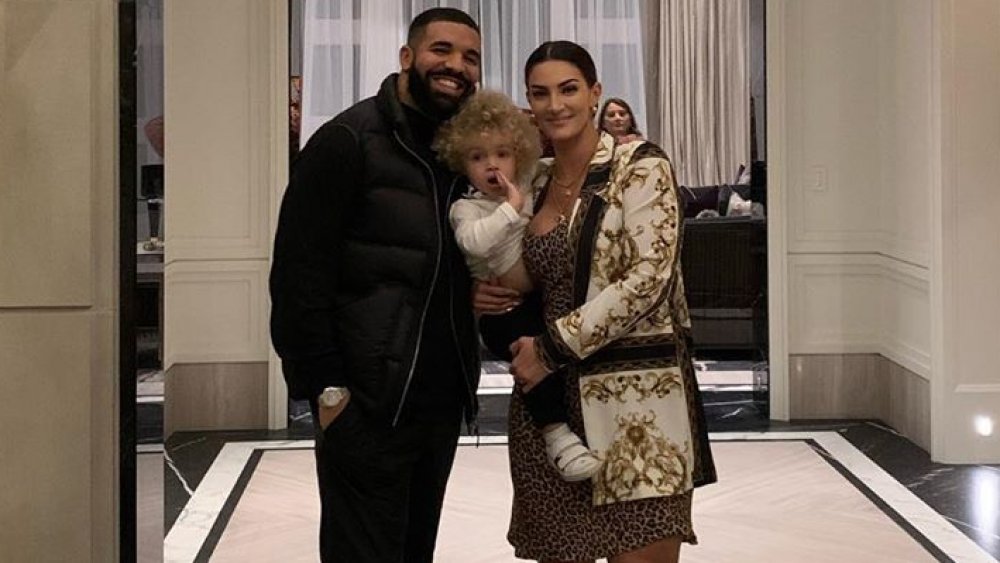 Drizzy’s doubts about whether Adonis was his son led to a dark place, according to TMZ, which reported that Sophie Brussaux claimed the rapper asked her to have an abortion. Speaking with Rap Radar, Drake didn’t address that claim, however, he did detail the paternity dispute, claiming, « It actually wasn’t until a week before the album (Scorpion) came out that I got confirmation that that was definitely my son. It took me two more solid tests with two different companies. » She had also been linked to other top stars such as A$AP Rocky, who was allegedly still seeing her while she was pregnant.

Fortunately, Drake and Brussaux are quite friendly today and quite public when it comes to co-parenting their son. Opening up on Lebron James’ HBO show, The Shop, Drake said, « I am a single father learning to communicate with a woman, who, you know, we’ve had our moments. … No matter what happens, I have unconditional love for the mother of my child, because I want him to love his mother and I have to project that energy. »

It seems like the OVO Sound founder is doing just that. He invited his baby momma out to a March 2019 show he had in Paris, where it looked like she enjoyed herself. He’s even posted pictures of the fam on Instagram, with a heartfelt caption that alluded to him having found his « inner light. »

The Story of Adidon 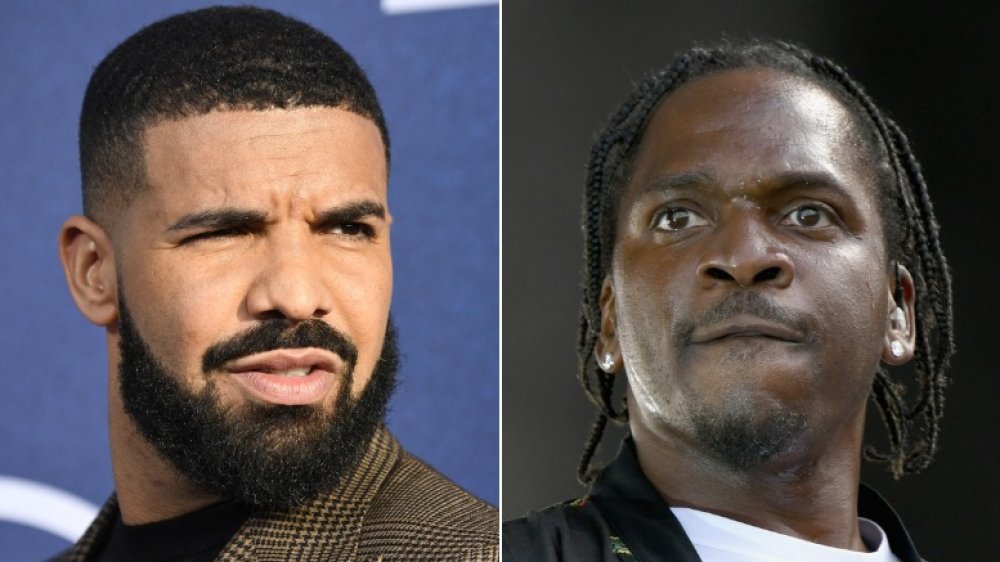 The Kanye West and Drake feud is another story entirely. One of the most important things to come from this situation was Kanye’s G.O.O.D Music labelmate (and president) Pusha T’s song, « The Story of Adidon. » The song was a response to Drake’s « Duppy Freestyle, » and exposes Drake for « not claiming » his child at the time, and for Sophie Brussaux’s alleged checkered past. Some of Pusha’s lyrics include, « Let ’em know who you chose as your Beyoncé / Sophie knows better as your baby mother / Cleaned her up for IG, but the stench is on her / A baby’s involved, it’s deeper than rap » — ouch!

Drake accused Kanye of spilling the beans, and producer T-Minus and Malik Yusef, a longtime collaborator of Kanye’s, second that notion (sort of). However, in an interview on The Joe Budden Podcast, Pusha states that the information got back to him through a girl who was sleeping with longtime OVO producer and Drake’s close friend, Noah « 40 » Shebib.

Things got so bad, Drake’s mentor J.Prince had to step in and mediate, stating in an interview on Sway’s Universe that Drake had an unreleased retort to Pusha. Not long after, Kanye took to Twitter and declared the beef squashed. Drake addresses this in an interview with Rap Radar, stating, « I found myself saying things that … seemed really out of character. » Maybe one day we’ll get to hear the unreleased diss track, if only for musical integrity.

Sophie Brussaux’s art is at the core of her life 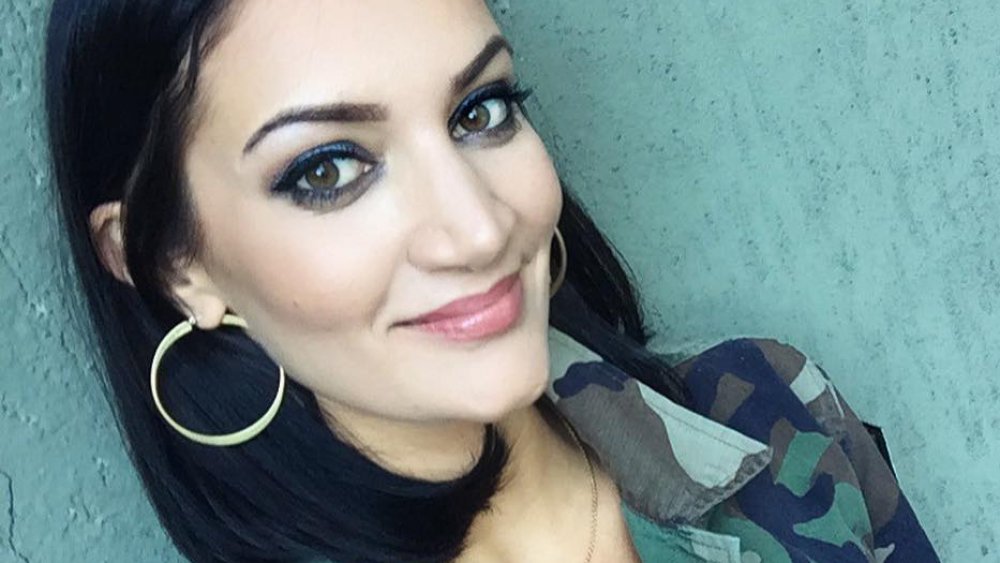 Sophie Brussaux is a painter whose work is a mix of surrealism and pop art. She’s done colorful portraits of notables such as the Obamas, Beyonce, Angelina Jolie, and Frida Khalo and if you take one look at her work you’ll see she’s incredibly talented. She’s exhibited her work in museums and nightclubs in Dubai, London, and NYC and even met Pope Francis to deliver his custom portrait at the Vatican. She memorialized the moment on Instagram, captioning, « Such an honor to meet Pope Francis and gift him the portrait I painted for him in honor of his concert with and for the poor on Nov 9, 2019. Thank you. »

According to her website, the French artist’s work is « inspired by cultural symbolism and spirituality. » She is also big on science fiction and states that her « paintings reveal biblical & Sci-Fi fixtures in possible dystopian futures and pop iconography. » The site also addresses how having a child has inspired her art: « Motherhood has drawn out multifaceted goals and aspirations that once never held a spot in her heart or mind. Sophie sees the world through the eyes of her child and wants it better and art is her vessel to leaving a legacy of herself for him. »

Could there be a more beautiful sentiment for one’s child? Here’s hoping Adonis grows up to be a hit-making, masterpiece-painting prodigy!

Helping a new generation of artists 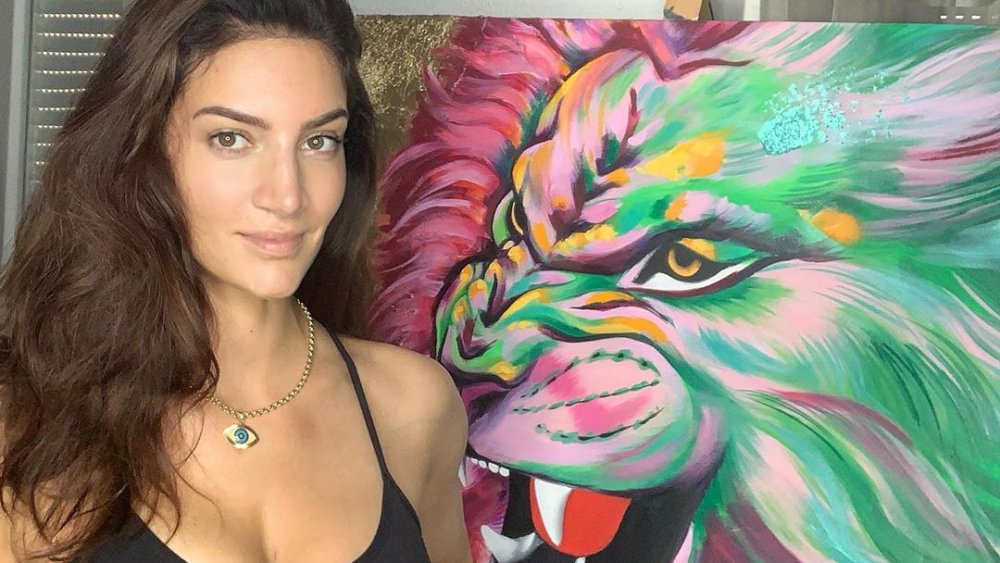 Sophie Brussaux is the co-founder and artistic director of Arts Help, a 2.5 million member nonprofit organization that « partners with large institutions to develop projects and programming for social change. » According to Forbes, another objective of the organization is to « provide the necessary exposure for independent artists to create awareness for their work. »

Speaking on what she hoped to accomplish with Arts Help, Brussaux told Forbes, « I want to break the stigma of art and what it means to be an artist. Regardless of medium, your art is important and Arts Help is the guidance. Individual growth is the highest hope we have for a published artist. » Of her own artistic expression, Brussaux told the outlet, « I usually let my art be my voice, as I put my thoughts and emotions into every brushstroke. However, being a spokeswoman of a major platform has allowed me to open up a major part of who I am, as a person, to an audience of fellow artists and like-minded individuals. »

Billboard reported that « in May 2019, UN-Habitat Global Advocate awarded Brussaux and her entire Arts Help team for their collaborative ‘Icons With a Purpose’ exhibition at the Toronto Design Exchange Museum. » Brussaux and Arts Help are also interested in addressing climate issues, partnering with Toronto’s York University on a unique park project, called Project Climate Change. « Our park will have art, inspirational displays, and innovative hands-on training opportunities, carefully curated to showcase how to solve the climate emergency, » she explains.