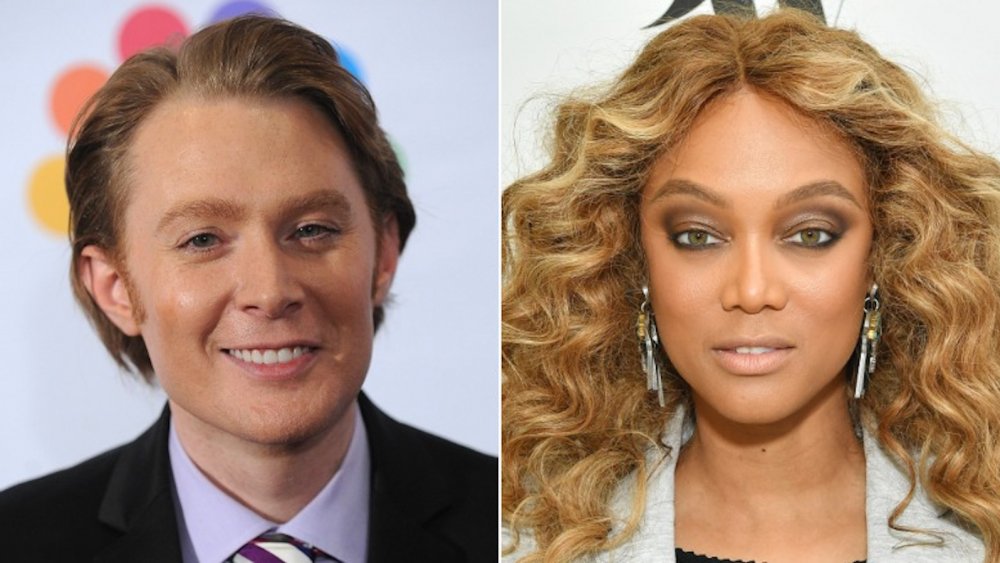 From Russell Brand and Helen Mirren to Snoop Dogg and Martha Stewart, there have been plenty of surprising celebrity friendships over the years. (Well, maybe the latter isn’t that surprising). But there’s one truly wild pairing to add to the list — Clay Aiken and Tyra Banks! The unlikely duo’s friendship dates back years, and the longtime supermodel and former American Idol finalist apparently can’t stop singing each other’s praises. Aww!

For one thing, both stars had huge reality TV moments. Aiken blew away judges and fans on Idol’s second season, boasting a powerful voice that didn’t quite match his nerdy, bespectacled exterior. He quickly shed that vibe, opting for contacts and his then-signature spiked hair look and sailed to the finals. Although he ultimately lost to Ruben Studdard, he left the show a star! However, since his unsuccessful voyage into political waters, he hasn’t been quite as active on the public stage.

Meanwhile, the legendary Banks was the first Black model to be featured solo on the cover of the Sports Illustrated Swimsuit issue, per Us Weekly. She provided endlessly quotable phrases on America’s Next Top Model (« we were ALL rooting for you! ») And in 2020, Banks became Dancing With the Stars’ first African-American female host. She’s an icon, her ANTM reign in full force while Aiken serenaded the country in the ’00s. Well, since those days, it seems their paths have not only crossed, but also intertwined. Read on for more on Aiken and Banks’ sweet friendship! 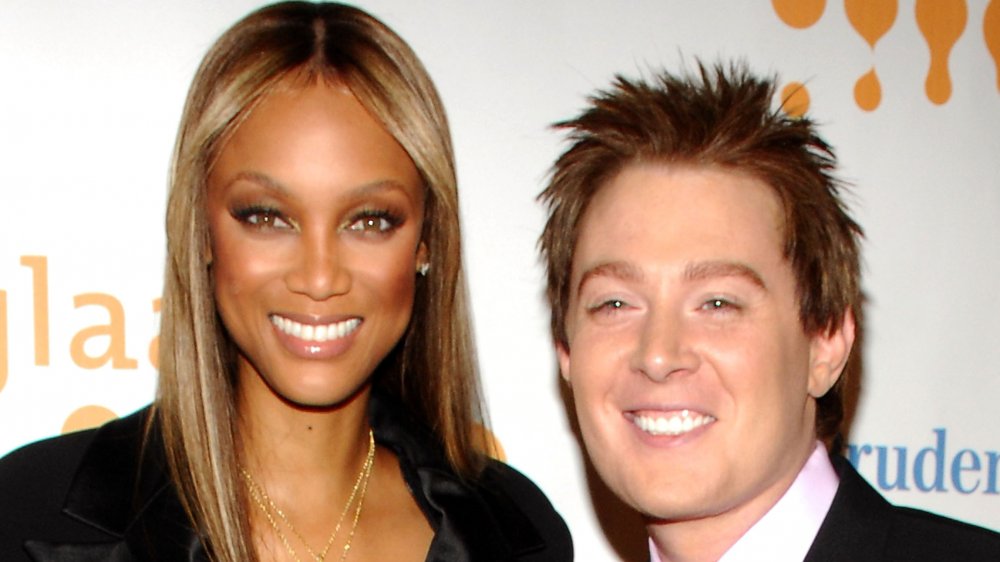 So what’s the story of the unlikely friendship between Tyra Banks and Clay Aiken? According to Bustle, the duo first became pals after Aiken appeared on Banks’ talk show in 2006, and haven’t stopped spending time together since.

« I love her to death, » Aiken told People. « For some reason we just clicked when we first met, and we try to stay in touch and see each other whenever we’re in town. She’s such a real person, and I think that’s something people didn’t know about her until her talk show. She doesn’t try to be something she’s not. » Aiken added that Banks is far from intimidating when they kick it. « She’ll be as nerdy as she needs to be, or whatever she needs to be. I think that’s why people are attracted to her, and I think that’s why we became friends. »

The pair have attended events together, and even got together in 2017 to sing Christmas songs together. Plus, they support each other’s aspirations. Banks set up a fundraising page for Aiken (which has since been removed) when he decided to try his hand at politics. « Help my friend, Clay Aiken, » Banks wrote, « as he tries to use his voice to improve the lives of many. » While the page only managed to collect $40 toward its $10,000 goal (yikes), Aiken was named the Democratic candidate for North Carolina’s 2nd congressional district in 2014. While he was ultimately defeated at the polls, he definitely won in the friendship department!