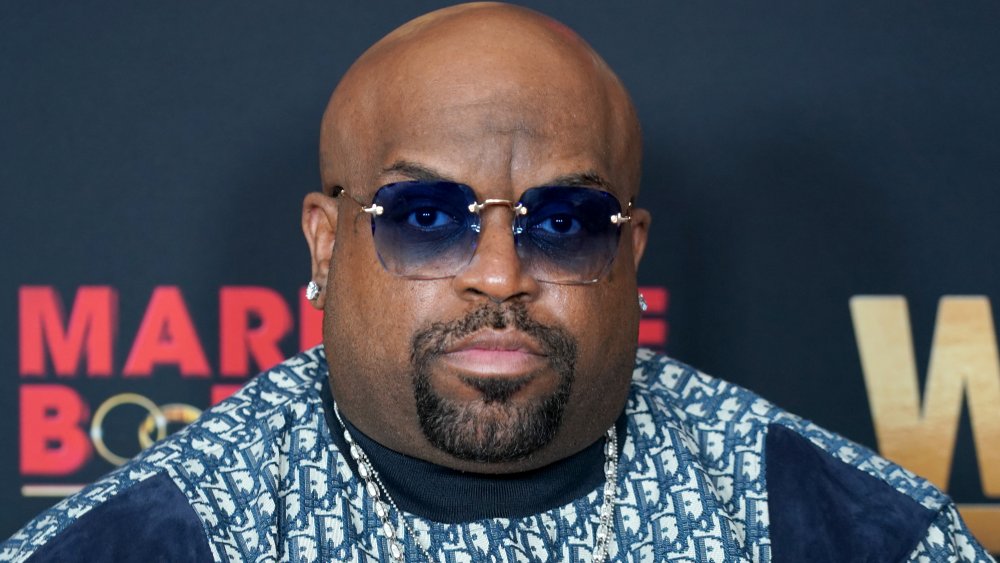 It seems like the world has said « Forget You » to CeeLo Green. Born Thomas DeCarlo Callaway, per Biography, the musician began his career in the ’90s Atlanta-based rap band Goodie Mob. In his early days, he also appeared on a few OutKast tracks and, interestingly enough, performed backup vocals on the TLC’s « Waterfalls. » However, he wouldn’t truly find success until he formed Gnarls Barkley. « Crazy, » right?

The duo — the other half being musician and producer Danger Mouse — dominated the radio with genre-bending tunes like 2006’s ominous and infectious « Crazy. » The song peaked at No. 2 on the Billboard Hot 100, but it wouldn’t be Green’s biggest musical moment. Green proved his « Bark-ley » was as big as his bite when he went solo with « F**k You » in 2010.

The retro-tinged tune off his multi-platinum third LP The Lady Killer was simply a bop. Who could help but shout its explicit chorus? The song spent 48 weeks on Billboard’s Hot 100, and Green was riding high. He won a Grammy for the song in 2011, and the same year, he became one of the first judges on The Voice along with Christina Aguilera, Adam Levine, and Blake Shelton, per Billboard. However in 2014, Green stepped down from the show and simultaneously found himself embroiled in controversy. And since then, pop culture has essentially, yes, « forgot » him.

So what happened exactly? Here’s the shady truth behind CeeLo Green.

CeeLo Green was accused of drugging a woman 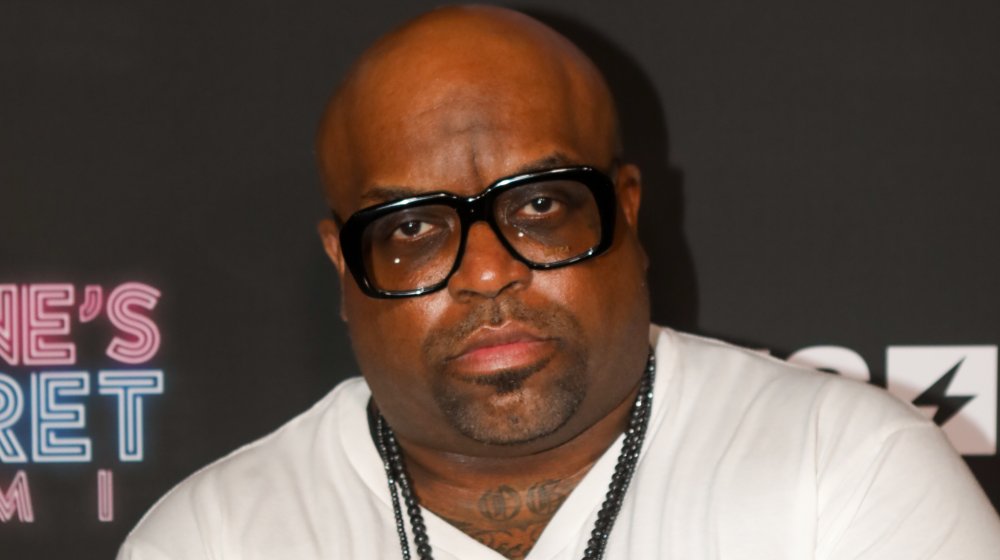 Why did CeeLo Green step down from The Voice? According to The New York Times, it may have had to do with a drug charge that left a permanent scar on his reputation. According to The Guardian, a woman accused Green of slipping her ecstasy without her consent during a dinner in July 2012. Per the outlet, she claimed « she had no memory of the period between dining with Green » and « waking up naked in the singer’s bed. » Due to a lack of evidence, no rape charges were filed, but Green was charged and « pleaded no contest to one felony count of furnishing a controlled substance, » per Rolling Stone.

In 2014, Complex reported that Green received « three years probation and 45 days of community service. » Following his sentencing, the musician posted some since-deleted tweets seemingly involving the case. « If someone is passed out they’re not even WITH you consciously, » he reportedly tweeted (via Complex), adding, « People who have really been raped REMEMBER!!! »

Amid the fallout, Green « amicably » left The Voice in 2014, per The New York Times. « It easily and quickly became a job, » he told Us Weekly. « Very, very obligating … Taxing and tiring… » 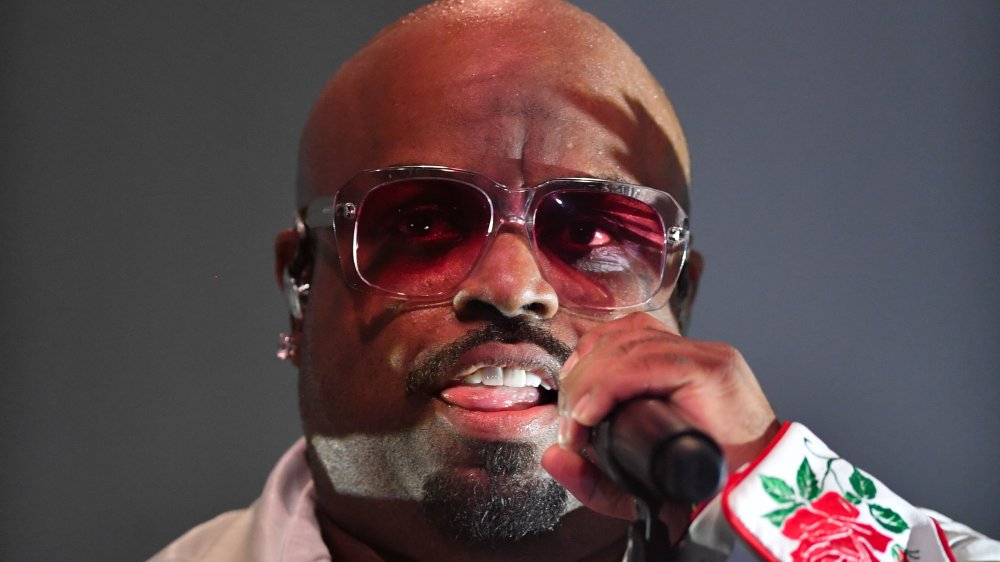 Has the world forgiven CeeLo Green since his battery case and strange tweets? Let’s just say he didn’t get a warm welcome when he tried to return to The Voice. According to People, in 2018, NBC announced that Green would be returning for Season 15 of the singing show as a mentor, or « battle adviser » to Adam Levine’s team.

The news came after Green told the Associated Press in 2015 that he had been considering a comeback. « I’ve talked very possibly about doing The Voice again, » he told the outlet. « So I just kind of put that out there, wishful thinking, kind of willing it. Because I would love to do it again. » Though, per USA Today, Green « entered a special plea in which he maintained his innocence in the case » in 2014, the incident was clearly still looming.

In light of the news that Green was returning to The Voice as a mentor, one viewer tweeted: « You mean « it isn’t rape if she’s unconscious » Green? Who would be excited about him?, » quoting Green’s previous deleted tweet. « Next coach – Bill Cosby? Brett Kavanaugh? I mean, why not?, » wrote another.

« @adamlevine I am disgusted with your choice of a mentor. You have daughters. How would you feel if they were dating a man with the morals of CeeLo Green? » wrote a third. Green has not returned for following seasons of the show as of this writing, so it seems NBC and The Voice got the message. 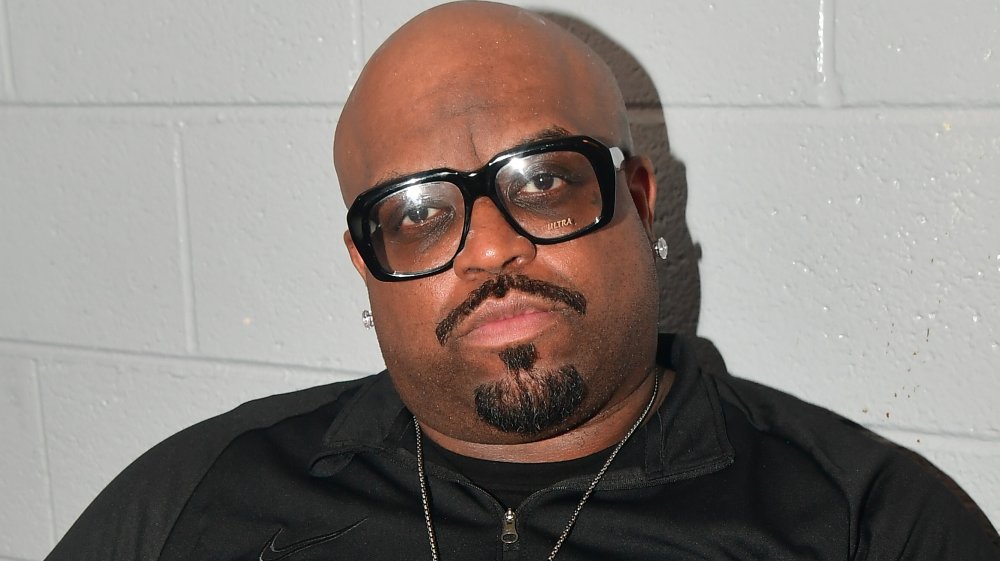 In 2020, CeeLo Green made news again, and unsurprisingly, it was unsavory. The singer had some choice words for rappers like Nicki Minaj as well as Cardi B and Megan Thee Stallion following the release of their single, « WAP. » Fans didn’t want to hear it.

In an August 2020 interview with Far Out magazine, per Complex, Green expressed his disappointment in « adult content » in music. « Now music is shameless, it is sheer savagery, » he told the outlet. Then he got more specific. « You have the ‘Heads of State,’ like Nicki Minaj or someone who is up there in accolade…it feels desperate. » He then focused his criticism on Cardi B and Megan Thee Stallion. « they [the duo] are all more or less doing similar salacious gesturing to kinda get into position. I get it, the independent woman and being in control…It comes at what cost? » His comments were, of course, met with instant backlash calling out hypocricy. « I know y’all not in these streets talking to CeeLo about morality, » one Twitter user wrote.

It seemed Green was grasping at straws and he soon took to Twitter to apologize. « Firstly, I am an advocate of artistic freedom and expression as well as a fan of Nicki, Cardi, and Meagan, » he wrote. « I know most of them personally and consider Cardi and Offset family. » At this point, it seems the music community, and everyone else, isn’t interested in hot takes from the controversial star.

If you or someone you know has been the victim of sexual assault, you can call the National Sexual Assault Hotline at 1-800-656-HOPE (4673) or visit RAINN.org for additional resources.