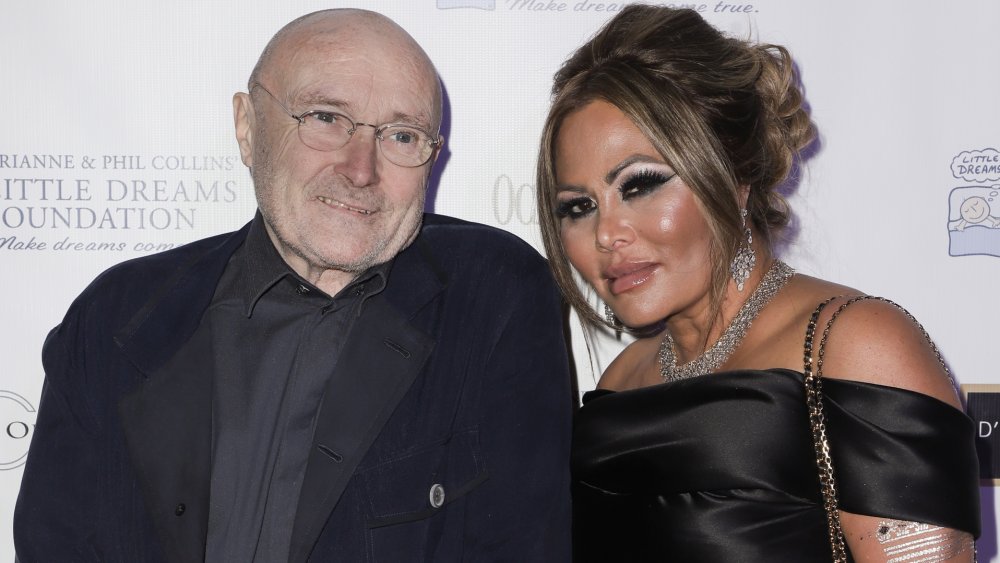 There is some drama « In the Air Tonight » for singer Phil Collins and his ex-wife Orianne Cevey. People reported that the English musician wants to evict his ex from his Florida mansion — but there’s much more to the story. While the couple originally split in 2006 after six years of marriage and divorced in 2008, Collins reportedly paid her $46.68 million in a divorce settlement, which was the biggest in British legal history at the time. After their breakup, Cevey married investment banker Charles Mejjati, who she divorced in 2017 after ten years of marriage.

Collins and Cevey reconciled in 2016, with Collins telling People their relationship « wasn’t something we wanted to make a song and dance about. » The Genesis drummer said, « But obviously when you have children, there’s two ways you can go. You can go the nasty way or you can go the nice way, and we always went the nice way … and we realized we missed each other. » Collins added that their sons Nicholas and Matthew, who were 14 and 11 years old at the time, were « over the moon » about their parents’ decision to get back together.

The pair attributed their renewed relationship to their health struggles. In 2014, Cevey was partially paralyzed following a spinal operation and Collins had issues with the nerves in his left arm. At the time, Collins joked, « together we make one person. » As sweet as that sounds, their reconciliation didn’t last forever, as their subsequent 2020 split has been tumultuous to say the least. 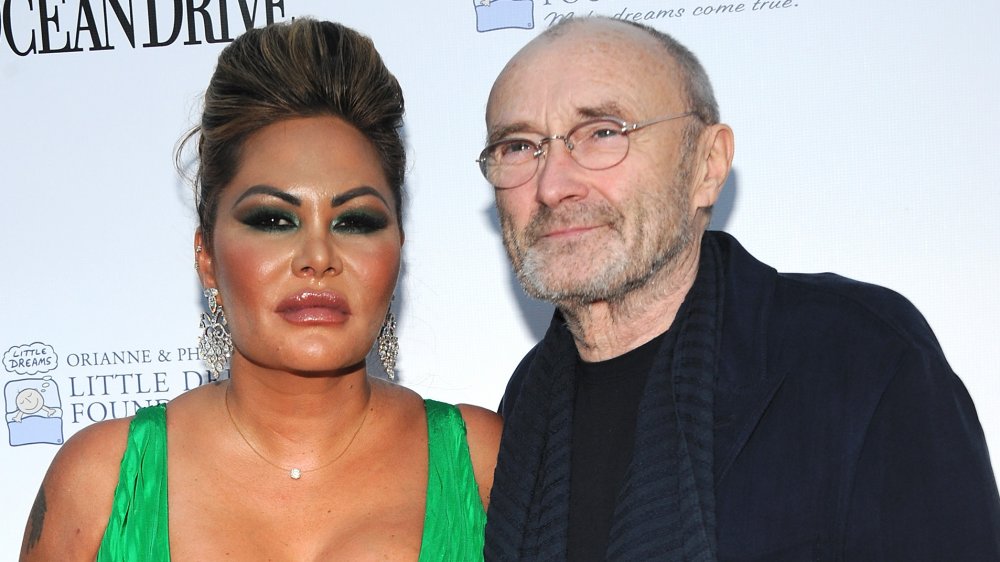 In October 2020, TMZ reported that Phil Collins and Orianne Cevey broke up again — except she won’t leave his house. Apparently, Collins gave Cevey until 3 p.m. on Friday, Oct. 9, 2020 to leave the house, with plans to file an eviction lawsuit if she didn’t comply. She allegedly changed the security codes on the property and she reportedly has been « unruly » with the staff members.

Why the sudden animosity? Cevey allegedly married a man named Thomas Bates a couple months ago in Las Vegas after telling Collins that she was on a business trip. It’s unclear if Collins and Cevey were romantically involved at the time of her Las Vegas trip. TMZ claims that Cevey is « threatening to release false and embarrassing accusations about him » if he doesn’t renegotiate their 2008 divorce settlement, which resulted in a payout over $46 million. She reportedly spent that money on some bad investments, including her expensive divorce from Charles Mejjati, the man she married after she and Collins divorced.

Sources told the outlet that Collins will continue to support their two sons financially, but he doesn’t want to give Cevey another dime. It seems safe to say that this isn’t the last we’ll hear about the former couple’s relationship woes, but we are positive Collins doesn’t want Cevey to spend « One More Night » in his home.