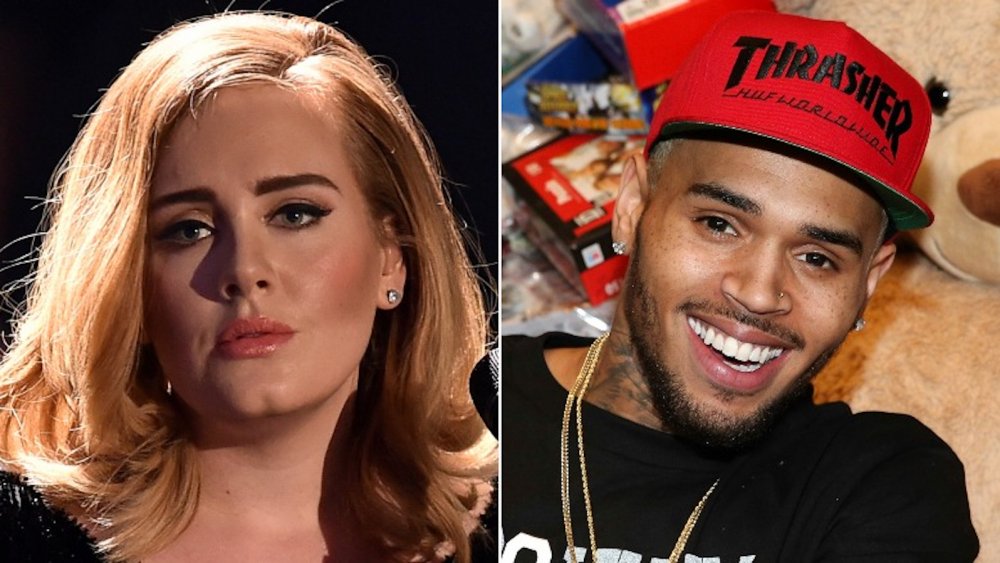 Looks like Adele said « Hello » to a houseguest that may surprise you: Chris Brown. Yup, it seems the superstar British songstress and the controversial rapper had a hang session. On Oct. 10, 2020, Brown was photographed covertly visiting Adele’s London, England home along with a full entourage, according to The Sun.

« It was all a bit cloak and dagger, » a source claimed to the outlet. « He arrived in the middle of the night and didn’t leave until around 2AM. He arrived in huge, blacked-out cars, with plenty of muscle surrounding him. » Huh! According to Page Six, there’s nothing romantic at play; Brown reportedly made the visit along with rumored girlfriend Gina Huynh. Meanwhile, Adele is rumored to be dating rapper Skepta, who Brown is friends with. « Adele and Skepta have a close bond and there’s definitely a special connection. They’re spending more and more time together, » a source said in 2019.

According to Cosmopolitan, Brown was also in the U.K. to see his son Aeko, whom he shares with ex Ammika Harris. Earlier, Brown posted a photo of the reunion with his son on Instagram, captioning the post, « MADE IT❤️. » The trip is also significant since Brown was banned from the U.K. from 2009 until 2015, because of his assault on Rihanna.

We can’t help but wonder what these two purported pairs of lovebirds got up to during their secret soiree. Maybe a game of Monopoly? Scroll down for more you didn’t know about Adele and Brown’s unlikely friendship.

Chris Brown and Adele have actually been friends for years 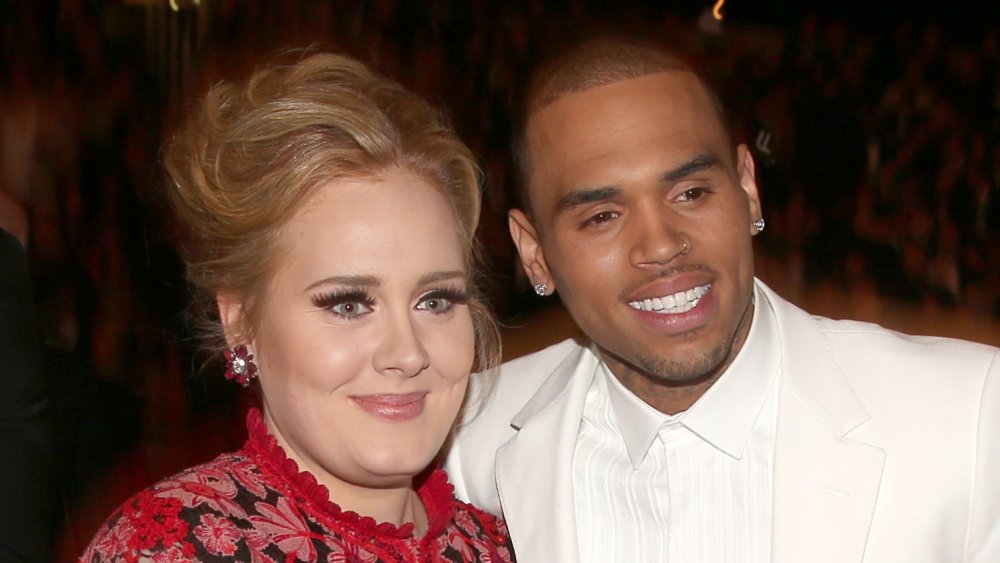 What else is there to know about Chris Brown and Adele’s surprising friendship? According to The Sun, the duo met back in 2013 at the 55th Annual Grammy Awards. Their first, well-documented encounter went viral because the photos of them meeting made it look like the pair were fighting, per Page Six. But Adele quickly put those rumors to rest on Twitter.

« Chris Brown and I were complimenting each other in that photo actually! » Adele wrote at the time. Meanwhile, according to Capital XTra, the pair also partied it up at Drake’s 33rd birthday party in 2019. That Los Angeles affair also included the likes of Snoop Dogg and Kylie Jenner, per E! News.

Fans online have since reacted, some with disappointment, to the photos of Brown visiting Adele’s house. « CHRIS BROWN AND ADELE ?!?! What is 2020, » one Twitter user wrote, complete with a crying emoji. « I’m quite disappointed to find out Adele has had Chris Brown at her house. I’m also disappointed he was even allowed in the country, » wrote another. « I don’t understand how cancel culture hasn’t done away with Chris brown yet?!…Finding out Adele is hanging out with him/doing a song with him honestly just put me in the worst mood, » said a third.

Others are excited at the possibility of a collaboration between Chris Brown and Adele. « I am SOOOOOO EXCITED FOR THIS COLLAB LOL, » wrote one fan. Clearly, there are years of friendship to inspire a track!