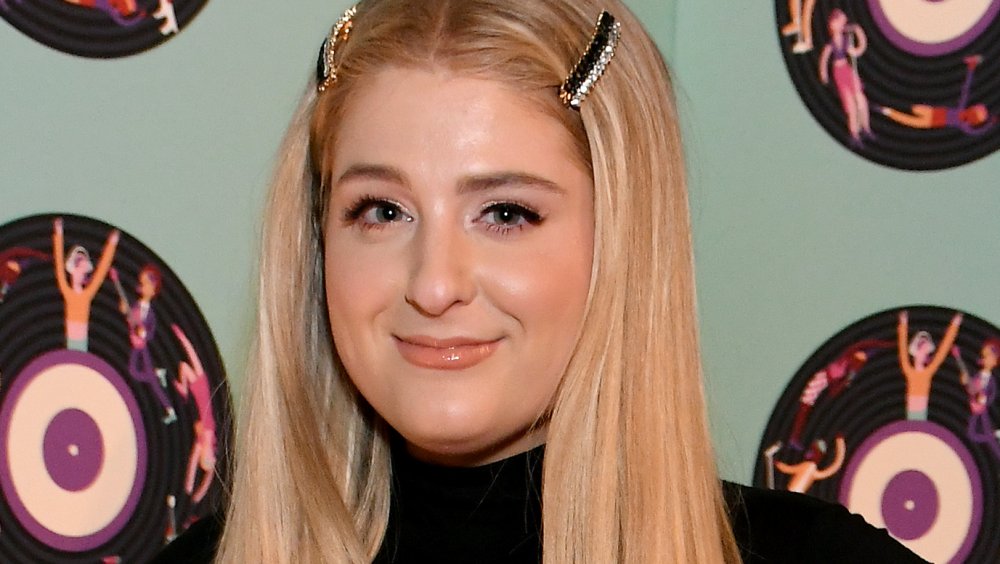 In a surprise stint on Today, Meghan Trainor video-called in from her home in Los Angeles for a very special reason: to announce she’s expecting her first child.

During the Oct. 7, 2020 appearance, the « All About That Bass » singer broke the news about her pregnancy with fanfare alongside her husband, Daryl Sabara. « I’m very good as you can tell — it’s all Christmas here, » Trainor told Today show hosts Hoda Kotb and Jenna Bush Hager during her appearance, referring to the couple’s Christmas-heavy home décor, complete with an ornament-laden tree. « But there’s other news that I’m dying to tell you and my heart’s pounding out of my chest. »

« Hit it, Daryl, » Trainor said, and on cue, an off-screen Sabara held a baby onesie in-frame, complete with an illustrated decal of Hoda’s face printed on the front. Kotb and Bush Hager boy reacted with congratulatory smiles over the news.

Following Trainor and Sabara’s on-air announcement, Trainor took to her Instagram account to post the news on social media, complete with an ultrasound photo hung from a branch on their Christmas tree, surrounded by a festoon of brightly-colored metallic ornaments. « You all know how long I’ve wanted this!!!! » Trainor wrote in the accompanying caption, adding that she and her husband « are so beyond happy and excited to meet this little cutie early next year! »

Meghan Trainor has had babies on the brain for a while 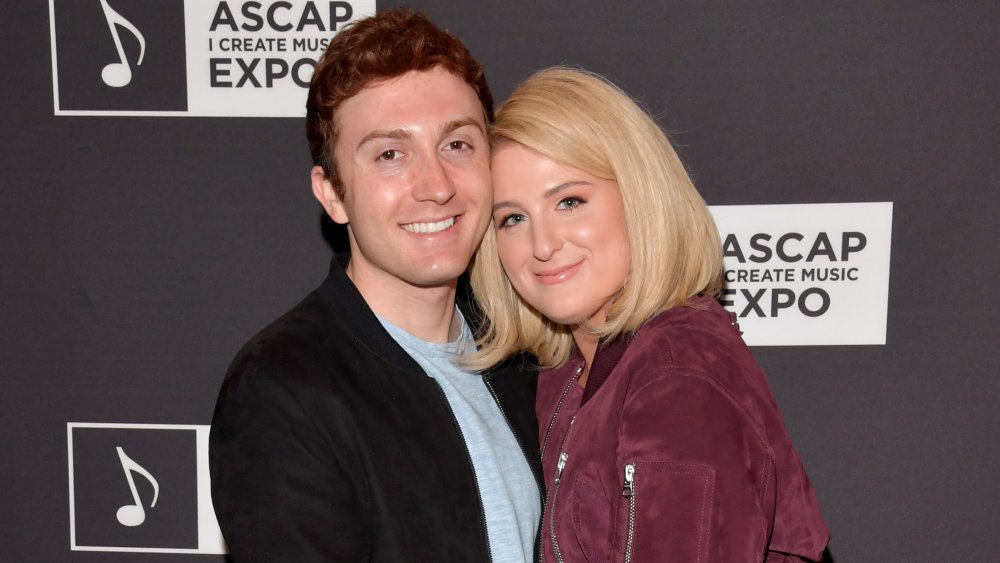 During her impromptu Today show appearance, singer Meghan Trainor also relayed that her pregnancy was a dream long-harbored, which she and host Hoda Kotb had also purportedly spoken about extensively in the past. « We’re so excited we couldn’t sleep, » Trainor said, adding, « We’ve been waiting for so long. … We were thinking about who do I tell first and I’ve told Hoda since I was 19, going to the Today show, ‘I will have the most babies in the world.' » She continued, « Every time I see you, I’m like, it’s going to happen — and it finally happened! »

It’s true that Trainor has been somewhat outspoken about her desire to have children with her husband, Spy Kids actor Daryl Sabara (pictured above), with whom the 26-year-old singer tied the knot in 2018. As the accompanying Today show’s blog noted on Oct. 7, 2020 — the same day as the couple’s surprise announcement – Trainor opened up about her desire to start a family with Sabara in an October 2019 interview with E!. At the time, Trainor dished that her major desires were to « travel the world » with Sabara before eventually settling down and « mak[ing] a bunch of babies. »

While Trainor’s dream of having triplets might still be on the horizon, we here at Nicki Swift send our congratulations for her first.