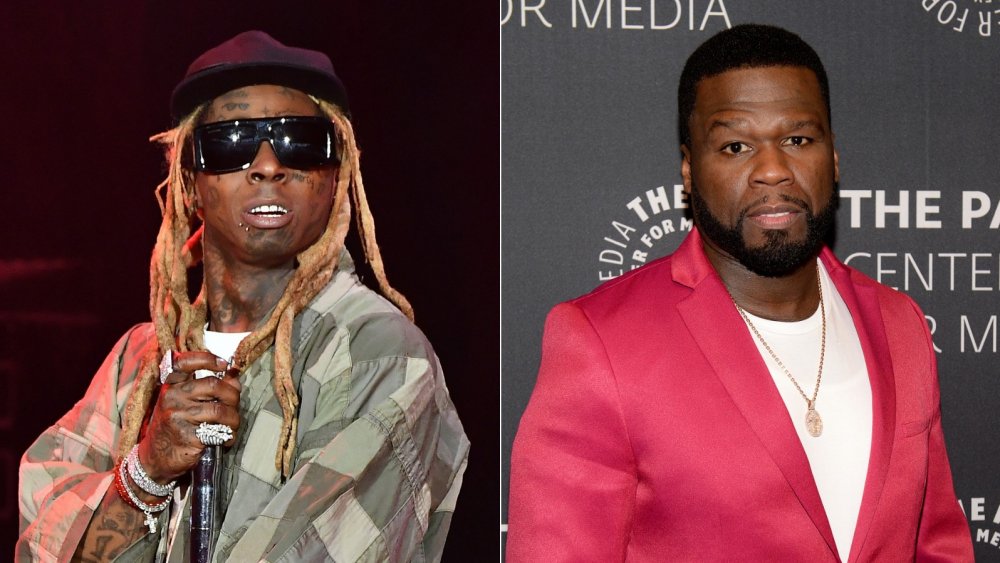 It is without question that Lil Wayne (aka Lil Tunechi or Weezy) has a heavy influence on rap music. The multi-platinum rapper’s artistic contributions, including his ability to come up with the quirky, catchy punchlines most rappers try to imitate, fuels the machine that we know to be rap music today. Besides, without Lil Tunechi himself, we would not have artists such as Nicki Minaj and Drake, who are signed to both Cash Money and Lil Wayne’s Young Money label.

Starting his career at the tender age of 8 years old, Lil Wayne later went on to sign with Cash Money Records. With Birdman (real name: Bryan Christopher Williams) as both his mentor and father figure, the former Hot Boy saw his career peak in the early 2000s with their collaborative project, Like Father, Like Son. His solo projects, such as Tha Carter series, were also a success, according to Billboard.

As time went on, Weezy’s career saw some lows as a result of the release of his rock album Rebirth in 2010, which received negative reviews from critics, such as Pitchfork. As for his relationship with Birdman, the two entered a nasty legal feud regarding Wayne’s album, Tha Carter V. While it may seem that this was Lil Wayne’s most well-known beef, it definitely was not his first. In 2007, the Young Money CEO had an exchange of words with 50 Cent. Keep scrolling to find out what started drama between Lil Wayne and 50 Cent. 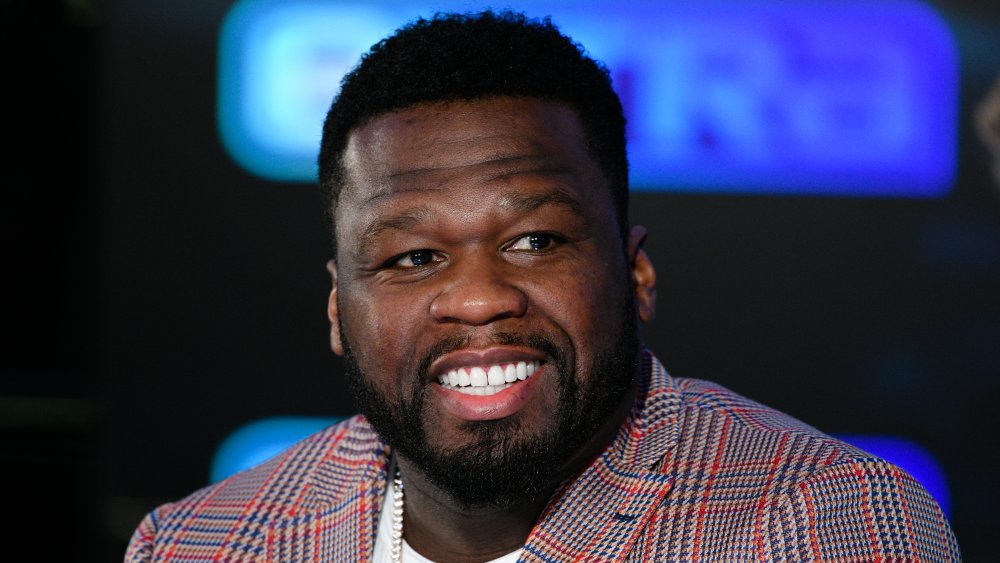 When he’s not busy being the executive producer and star of Starz’ Power series, 50 Cent (real name: Curtis Jackson) spends his time trolling celebrities on the internet with petty jokes and snide comments. Much hasn’t changed since 2007, when 50 had a lot to say about Lil Wayne during an interview with Funkmaster Flex, as per LilWayneHQ.

When asked by Flex what he thinks about Lil Wayne’s high number of appearances on artists’ projects, 50 said he had good verses but was a « wh*** » for being willing to work with anyone. « A wh*** sleeps with whoever will pay ’em. So we gotta call him a wh*** if he’ll just go with whoever pays him to be on their records, » The Get Rich or Die Tryin’ rapper remarked. « He makes those records good. It’s just that he works with anybody. You gotta kinda make it an event. »

A month after the interview, 50 had a little more to say about Wayne and Birdman on his track « Part Time Lover, » rapping: « You make me wanna kiss you like Baby kiss Wayne / And make you call me daddy like Baby do Wayne … I guess that’s the price the lil’ n**** pays for fame. » 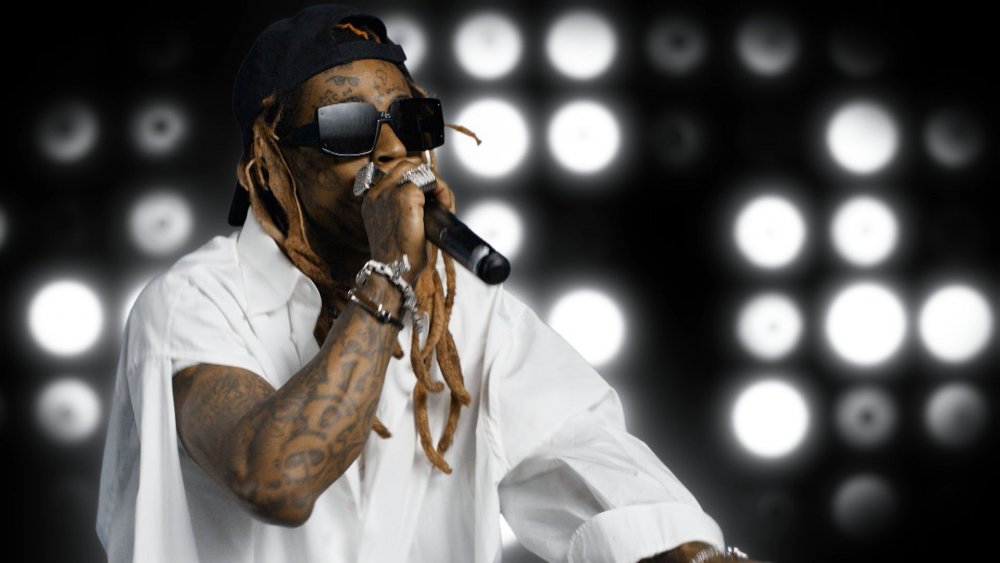 In 2008, MTV named Lil Wayne the No. 1 rapper on their « Hottest MCs In The Game. » 50 Cent was not pleased by the news and had a few questions about MTV’s top pick.

« Hands down, when you look at the stats and who generates the most interest and who’s moving the most CDs, I was supposed to be one of the top guys, if not the top guy, » 50 told the outlet. « But they was saying he’s No. 1, because we want people to like Lil Wayne, whoever is making the decisions inside the room. Sure, people were feeling him, but those were his performances on someone else’s record. »

When Wayne finally responded, he took 50’s words as a compliment, per HipHopDX. « I respect him. I just took it as a compliment. I’d never go back at 50; that n****’s a trillionaire. I’m tryin to get there, homie. I’m smart, I ain’t dumb. »

However, Wayne later sent shots at 50 on his 2008 track, « Louisianimal, » spitting, « All about a dollar, f*** two quarters; B**** I’ll pour syrup in that Vitamin Water / I hope you die ugly and tonight will be gorgeous. » (50 Cent had a previous partnership with Vitamin Water, according to Celebrity Net Worth.) As a result of Wayne’s lyrics, both rappers sent diss tracks back and forth to each other up until 2013. 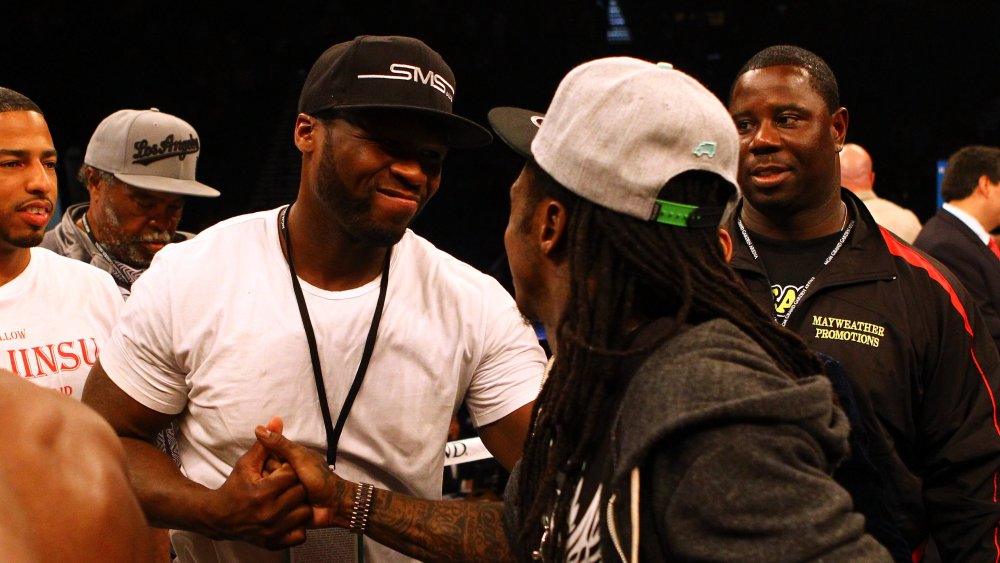 Lil Wayne and 50 Cent seemed to resolve their differences after sending shots at one another for years. Since their beef, the two rappers have occasionally socialized with each other. In October 2012, 50 sent well wishes to Lil Wayne after he suffered two seizures on a plane, as per Variety. In the now-deleted tweet (via LilWayneHQ), 50 tweeted, « @liltunechi damn a seizure,try to get some rest man don’t kill your self [sic]. »

Since the end of their beef, 50 and Lil Wayne have been spotted hanging out with one another. Early in 2020, the two rappers had an overdue conversation with one another on Young Money Radio, per ThisIs50. The two stars covered their early successes, as well as the success of 50 Cent’s rap collection, G-Unit. Throughout the chat, Lil Wayne and 50 Cent shared a few laughs with one another.

Even though their beef seemed to be prolonged, the two rappers have reached a common ground and put their differences aside. Both respected in the hip-hop industry, it’s great to see the pair reunited and proudly waving their white flags in a truce.