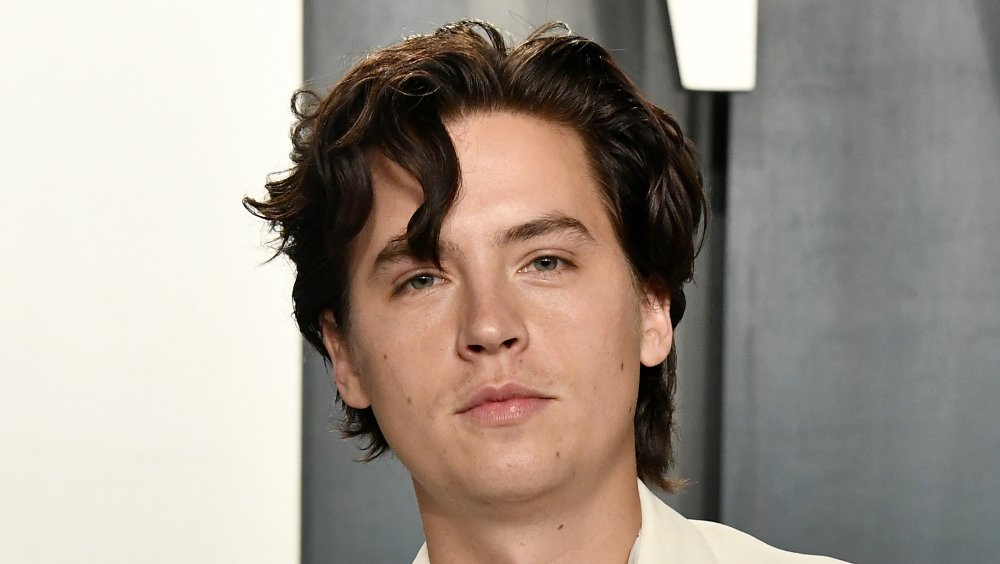 Cole Sprouse has been making headlines for multiple reasons recently. First, Sprouse and his Riverdale co-star Lili Reinhart split in May 2020, Page Six reported, and then the Disney alum was spotted protesting with Kaia Gerber in support of Black Lives Matter in June 2020, according to Life & Style magazine. Sprouse and Gerber were first linked in March 2020 (via the Daily Mail), and angry fans immediately suspected he’d cheated on Reinhart. The actor defended himself on Instagram, per Life & Style magazine, writing: « Attacking my friends, baseless accusations, leaking my address, and sending death threats are all qualities of insanity and fanaticism. »

Now, Sprouse is the subject of a much more serious rumor. He and three other Riverdale castmates were accused of sexual assault by multiple Twitter users. Per Us Weekly, Sprouse’s name went viral on Twitter after the newly created account @Victori66680029 claimed Sprouse assaulted her after a party at New York University in 2013. Soon after, more Twitter users — who used a similar format for their usernames — shared allegations against Reinhart, Vanessa Morgan, and KJ Apa (via BuzzFeed News). Later on, the account that accused Reinhart revealed they’d made up the story, writing, « Do you see how easy it is to lie and you guys will believe it? Vanessa Morgan and KJ Apa didn’t do jack s**t. You will believe anything. »

Cole Sprouse says he was ‘falsely accused’ of sexual assault 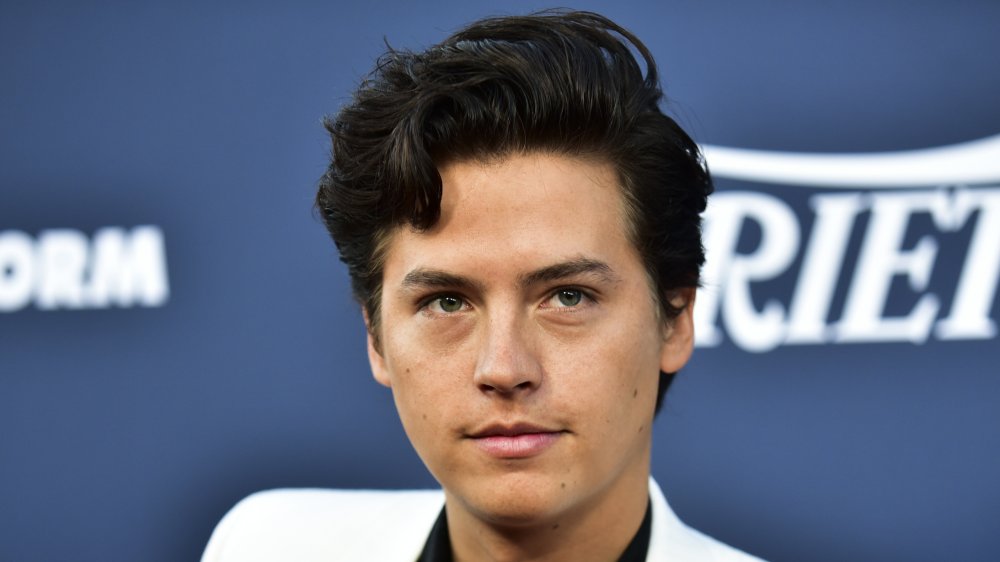 After Cole Sprouse was accused of sexual assault via Twitter on June 21, 2020, the actor took to social media to clear the air about the rumors, per Us Weekly. « Earlier today myself and three other cast mates were falsely accused of sexual offense by anonymous accounts on Twitter, » the Riverdale star wrote. « I take these accusations very seriously, and will be working with the right teams to get to the root of it. »

« False accusations do tremendous damage to victims of actual assault, » he continued. « Furthermore, I would never seek to silence anybody. I encourage that people look into the accusations themselves, as the events detailed were factually untrue. » Sprouse concluded, « This seems to be the latest claim in a series of incidents seeking to baselessly cancel my castmates and me. »

The actor’s accuser, Twitter user @Victori66680029, claimed he sexually abused her after a party in 2013. She wrote that Sprouse « became aggressive » when they went back to his room at New York University after a party; she told the story in detail in a series of tweets, writing, « I never told anyone because who would believe me over a rich Disney star. »

Sprouse wasn’t the only Riverdale cast member to speak up after the allegations went viral.

Even though Cole Sprouse and Lili Reinhart are no longer together, the Ohio native stuck up for her ex-boyfriend after he was accused of sexual assault on Twitter in June 2020. A separate Twitter user also claimed they were « sexually harassed » by Reinhart, then admitted they’d made it up to demonstrate how easy it is to lie.

The actress re-tweeted Sprouse’s statement on Twitter and added, « I have always taken sexual assault allegations seriously. But it was proven that this account was created specifically to create false stories about me and my cast. I can’t think of something more twisted than lying about sexual assault. It invalidates the men and women who are brave enough to come forward with the truth. »

« This kind of lie can ruin lives and career, » the actress continued. « And I can call it a lie because the person who made the allegations already admitted that the stories were fabricated. »

Reinhart — who previously spoke about a « man in a position of power » who tried to « take advantage » of her in a Tumblr post in 2017, per E! News — stated she is « looking into taking legal action » following the incident. « This kind of sick behavior only harms true survivors, » she explained. « This was incredibly triggering for me and scary because I’ve always supported survivors and believed them. »

« I hope and pray that this does not discourage real survivors from speaking out about their experiences, » she said.

Madelaine Petsch stuck up for her ‘Riverdale’ co-stars 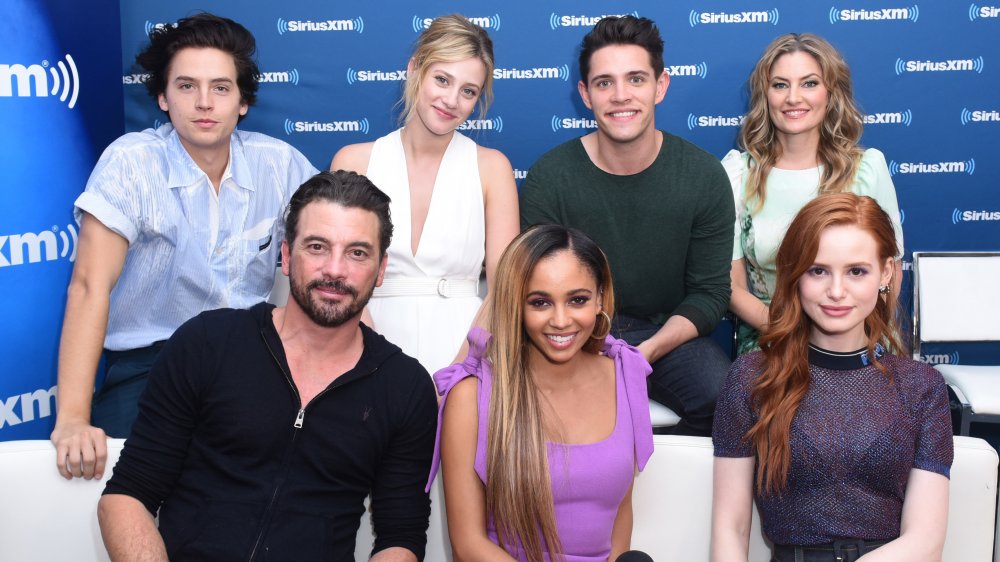 The cast of Riverdale is tight-knit even when the cameras aren’t rolling, so much so that after Cole Sprouse, Lili Reinhart, Vanessa Morgan, and KJ Apa were accused of sexual assault in June 2020, Madelaine Petsch, who plays Cheryl Blossom in the series, stuck up for her co-stars.

« As someone who has been sexually assaulted, I am deeply, deeply disturbed that anyone thinks that it is okay to falsely accuse someone of sexual assault, » Petsch wrote on Twitter. « This is why real assault allegations can sometimes not be taken seriously, you should be ashamed. This is disgusting. »

Petsch also took to her Instagram Story (via E! News) to talk about how upset she was that her friends had to endure this kind of pain. « I am so taken aback right now, » she began. « My heart is really hurting for my friends and castmates who went through this today and I hope that everyone knows how serious it is to accuse somebody of that. »

« I hope they understand the severity of what that does to people who have actually been through that, » she added. « It takes away the power from the victims who have gone through this, takes away the voices of people who want to come forward and talk about their experiences because it just validates the whole narrative that people lie about this stuff. »

Meanwhile, Morgan simply re-tweeted Sprouse’s tweets. As of this writing, Apa hasn’t made any public comments.