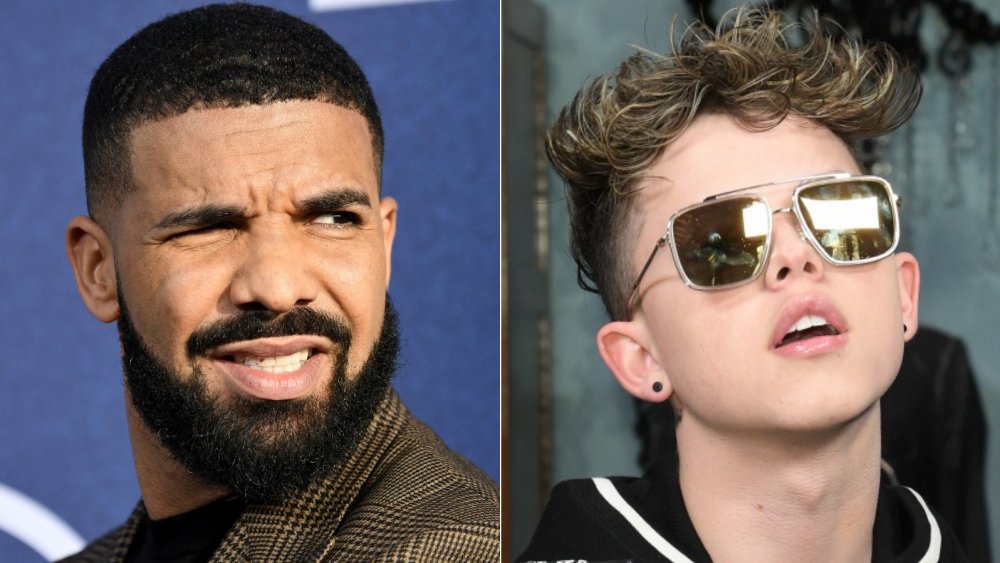 Where to begin? In 2018, Drake raised more than a few eyebrows when then 14-year-old Stranger Things star Millie Bobby Brown revealed that she and the Canadian pop star had been texting. « I love him, » Brown told Access Hollywood. « He’s honestly so fantastic, a great friend, and a great role model, » she said, before going on to say, « We just text each other the other day. He was like ‘I miss you so much!’ I was like ‘I miss you more!' » At the time, Brown mentioned that Drake gave her boy advice.

Obviously, the internet had mixed reactions about the revelation. While some found the exchange charming, others seemed to question what business the then 32-year-old had texting a 14-year-old girl about anything, much less about boys. One person who seemingly wasn’t thrilled about the link-up was Brown’s ex-boyfriend, Jacob Sartorius. Sartorius first rose to fame with his single « Sweatshirt, » and continues to build a platform on TikTok. Brown and Sartorius dated for about seven months before breaking up in July 2018, mere months before Brown shared that she had been texting Drake — a tidbit Sartorius might have addressed in one of his songs.

Did Jacob Sartorius release a diss track aimed at Drake? 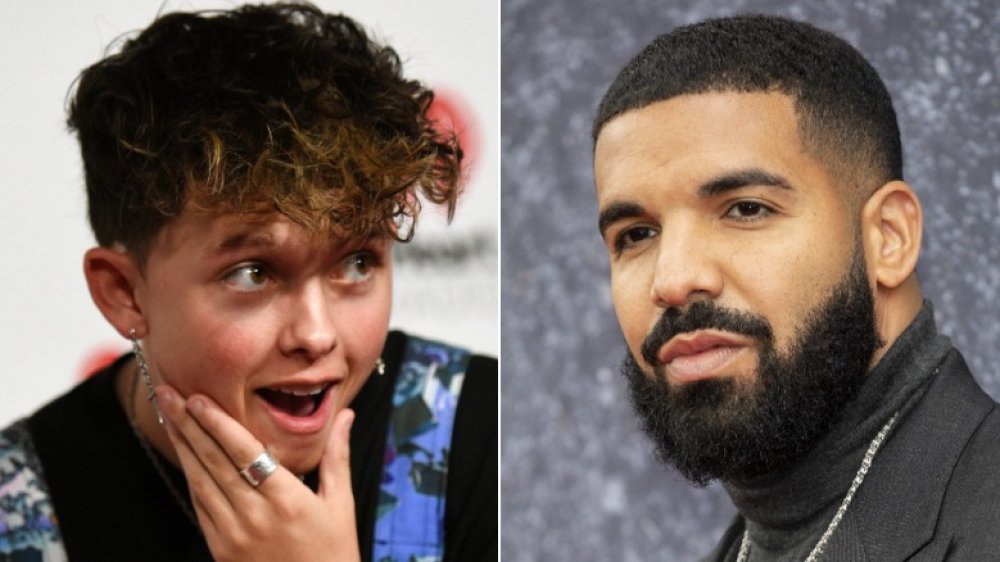 In November 2018, Jacob Sartorius released the song « We’re Not Friends, » which featured lyrics that seemed to directly comment on Millie Bobby Brown’s textual friendship with Drake. Sartorius sings, « Girl I wanna give you more than good advice / We’re not friends, we’re not friends / You already know I got enough of them. »

It was the word « advice » in particular that seemed to call back to Brown’s comments about Drake. However, while the internet was more or less in agreement that the lyrics were about Drake’s friendship with Brown, there was some disagreement about what they actually meant.

US Weekly was under the impression that Sartorius was taking a shot at his ex, while Complex believed his issue was more to do with Drake, writing that it was « gross equating the two relationships, considering, I don’t know, Drake is a 32-year-old man. » The inner workings of Sartorius’ mind may be an enigma, but judging from the seemingly shady lyrics, it doesn’t seem like the Gen Z star was on board with Drake and Brown’s friendship.